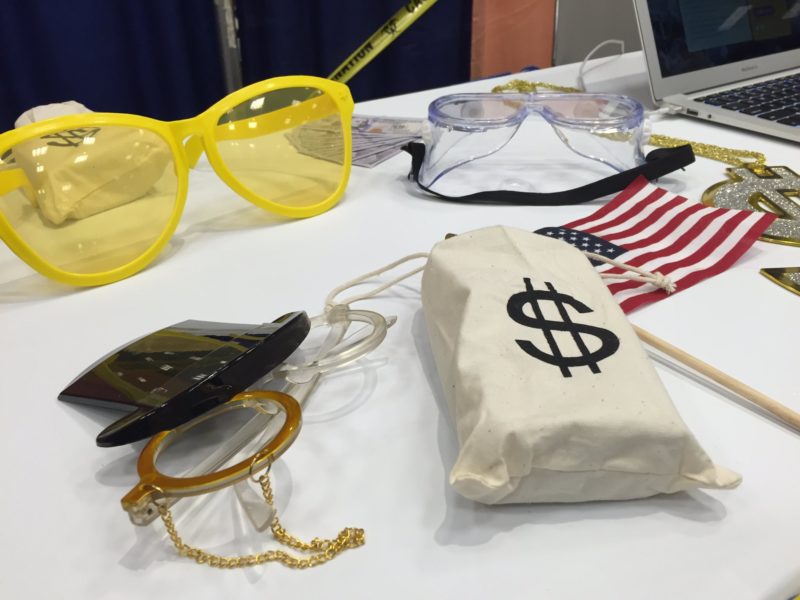 To fully kick off his National Cleanup Tour and introduce properly introduce himself to the world, Cleanup Carl traveled to Atlanta, Georgia to appear at Netroots Nation 2017, one of the largest gatherings of progressive activists in the country.

We wanted to get a lot of exposure and name recognition – so we crashed Netroots’ opening ceremonies, surprising thousands of attendees with a surprise Cleanup Carl flash mob! Over 30 activists from Georgia and around the country danced, tossed fake money, and wore hazmat suits to introduce Carl’s national tour to save democracy.

You’ve got to check it out for yourself:

Our flash mob made such a big impact that we made it on CNN!

CNN’s Chris Moody said of our flashmob, “Looks like the progressives got a little bit of their energy back since the election.” Damn right!

Not surprisingly after such an exciting introduction, Carl had one of the most popular tables at the Conference. We had a photo booth, swag station with stickers and water bottles, and an online Corruption Cleanup quiz!

We also debuted our request form, where you can request Carl directly to your town on our website! Not surprisingly, Carl’s in high demand. Here’s just a few places that people thought needed cleanup:

Agree? Got corruption in your town? Request Carl now!

If you didn’t catch Carl in Atlanta, have no fear! He may be coming your way soon on the National Cleanup Tour. Check back on our website and blog for updates about where we’ve been and where we’re going!