By the People? Not if the GOP gets their way 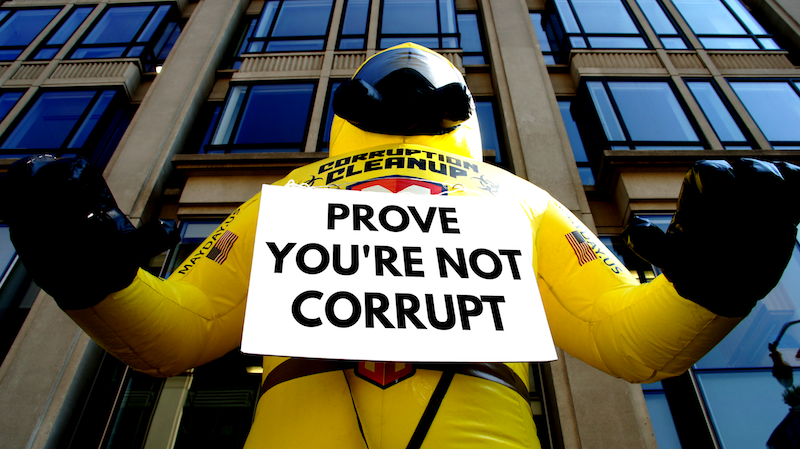 Across the country Republicans have tried to stifle people-powered initiatives passed by the voters in November. Republicans have embraced voter suppression and exclusion as their electoral strategy. Now it’s on them to prove they’re not corrupt. Any chance that will happen?

In Missouri, where voters passed a landmark reform amendment to lower campaign contributions, end lobbyist gifts, require nonpartisan redistricting, and much more, Republicans are scrambling to stop it from being implemented.

In Florida, voters passed a historic initiative returning the eligibility to vote to over 1.4 million ex-felons. So of course, the Republican Governor and state lawmakers tried to slow its implementation by claiming it required a bill passed by the legislature. Fortunately, because of the people power behind the amendment, which passed with support from nearly two-thirds of voters supporting reform, even Republican lawmakers couldn’t stop democracy’s advance. On 8am on Tuesday, ex-felons began registering to vote.

But these are just two examples, in addition to the multiple ‘legislative coups’ by Republican legislatures before the end of the year in Wisconsin, North Carolina, and Michigan to tie the hands of incoming Democratic majorities and Governors.

And on the national level, not even a single Republican has come out in favor of the Democrats’ democracy reform bill, HR1. It’s clear that they don’t want to fix the problem – they’d rather benefit electorally from a rigged system, it seems.

So, before we try appealing to Republicans to see the light, we have a message: Prove you’re not corrupt!

For starters, Republicans could stop messing with the will of the people and support solutions that will actually fix the system.

What a concept! (Don’t hold your breath… )