What’s it going to be, Andy – Democracy or Oligarchy? 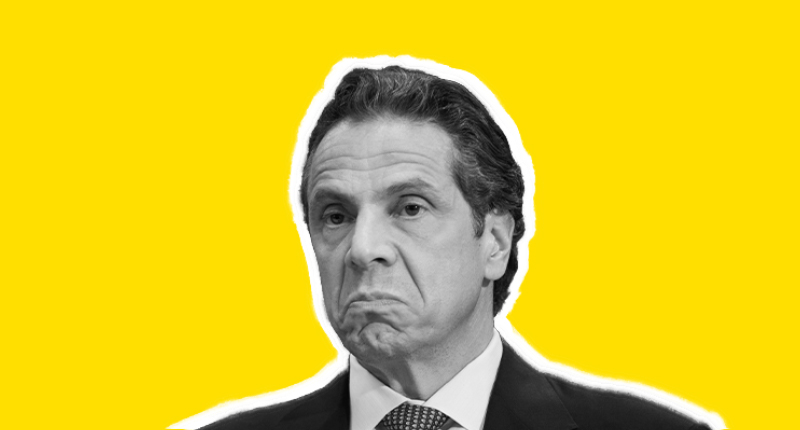 Will Andrew Cuomo commit to unrigging New York’s political and economic system for good? Or will he continue to allow a few billionaires to purchase politicians and degrade New Yorkers’ lives?

We’ll have our answer today at 2pm, when NY Governor (and political-machine-made-flesh) will give a speech revealing his executive budget priorities.

As of press time, Cuomo’s made some noise about banning plastic bags and raising the age to buy tobacco.

However, it will be a glaring affront to all New Yorkers if he doesn’t commit to closing the carried interest tax loophole.

The Carried Interest loophole (as we’ve talked a lot about on this blog) is perhaps the single worst policy outcome of a political and economic system that’s rigged for the wealthy.

Here’s a brief review: because of an archaic set of tax loopholes, a few New York City hedge fund managers are able to make billions in income and pay a lower tax rate than teachers and nurses. It currently gives away around $3.5 billion – that’s right, billion – to the richest 1% of the state.

Why is this toxic for democracy, you may ask? In theory, these billionaires can spend that money on anything, like buying yachts or condos or gauche birthday parties starring live camels.

But instead a lot of it goes to buying elections! What fun!

These politicians also support other things billionaire hedge funders like: charter schools, cuts to hospitals and social services, privatizing public education, and more. It’s a circle of greed that gives immense political power to the wealthy and wreaks havoc on the lives of ordinary, middle-class New Yorkers.

Last year, Cuomo talked a big game on carried interest. In January 2018, he promised to “close this egregious loophole” in his executive budget. But when time came to actually include it in the budget negotiations, his enthusiasm evaporated in the smoke-filled back rooms of Albany. Cuomo blamed Republicans, who controlled the Senate.

This time, Cuomo’s got no excuses. Both the State Senate and the House are controlled by Democrats, some of whom were elected on explicit platforms to make NY’s democracy and economy fairer.

What could New York do with $3.5 billion? Expand democracy, for one. As one State Senator pointed out last year, “Democracy is not a luxury.” New York just passed historic voting rights reforms, all of which will cost money to be implemented. Early voting, for example, will cost $500,000 to $1 million per county to implement. Schools and hospitals are also in dire need.

As it stands, New York’s tax code is defunding democracy to pad the pockets of the wealthiest.  By closing the loophole, Cuomo could strike back at these joint forces of oligarchic political power and economic inequality.

A year ago, Cuomo decried how carried interest “stacks the deck in favor of the wealthy and corporations at the expense of the middle class.” Today, he needs to show that same grit.

Now that he’s got Democratic majorities in both Houses, it’s time for him to put his money – or rather, hedge fund billionaires’ money – where his mouth is.

Back to Blog
Link to: Home