Gorsuch was set to speak at a lunch hosted by a conservative group, the Fund for American Studies, on the group’s 50th anniversary. Critics of President Trump and Gorsuch have complained about the new justice’s decision to speak at the venue given the president’s financial interest in the hotel. 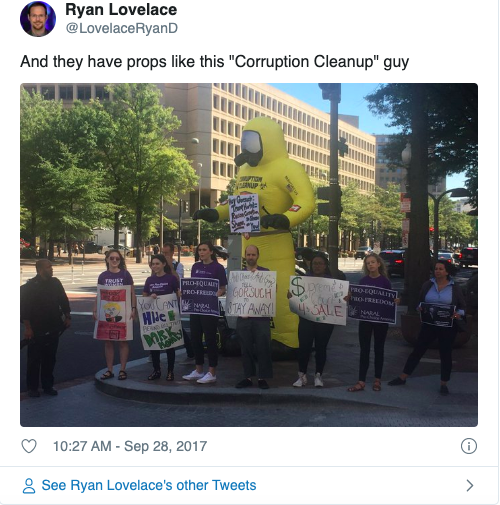 Gorsuch’s speech at the “Defending Freedom Luncheon” is scheduled to begin at 1 p.m.

Disclaimer: The author is a 2017 Robert Novak Journalism Fellow at The Fund for American Studies, which hosted the event where Gorsuch will speak.