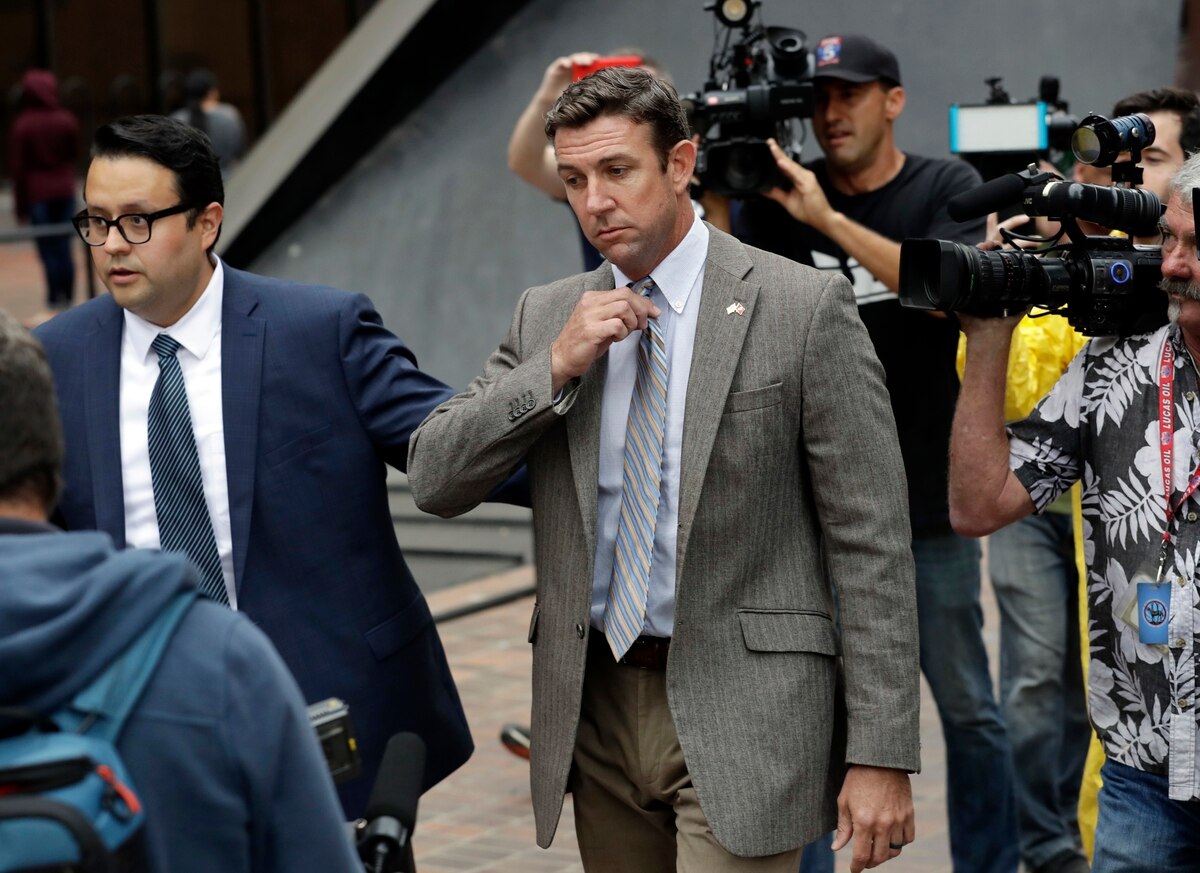 Hunter, one of the most prominent combat veterans in Congress, was indicted in August on charges he and his wife stole more than $250,000 in campaign funds to pay for overseas vacations, bar tabs, dental work and other personal purchases.

The five-term Republican lawmaker has denied the charges, labeling them a political attack designed to hurt his re-election chances.

A federal judge could have set his trial date for as early as Nov. 1, but Hunter’s attorney’s requested additional time to respond to the allegations and federal prosecutors’ evidence. The couple is now scheduled to appear back in court on Dec. 3, about four weeks after the election.

The San Diego Union-Tribune reported that Hunter and his wife, Margaret, arrived separately at the hearing and were greeted by protesters outside the courthouse.

Hunter, who joined the Marine Corps after the Sept. 11, 2001, attacks, has portrayed himself on Capitol Hill as a proud veteran and a defender of the best interests of military personnel. He served as an artillery officer in Iraq (twice) and Afghanistan, and served simultaneously in Congress and the Marine Corps Reserve until last year.

He was an outspoken member of the House Armed Services Committee until last month, when the indictment forced him to step down from his committee assignments.

But the federal indictment paints Hunter as an opportunist who turned to campaign donations to cover a host of personal debts and maintain a lavish lifestyle. Illegal expenses include more than $6,100 spent on private school tuition payments, $3,100 on home cable bills, $5,900 on trips to Pittsburgh Steelers games and $6,500 on a family vacation to Hawaii.

The charges also include several problematic purchases related to the military. In one case, prosecutors allege, Hunter joked that he would list a pair of shorts he bought for vacation as “(golf) balls for wounded warriors” in official campaign records, to justify the expense.

On another occasion, he listed a $14,000 family trip to Italy as a “mostly military/defense meet related” event even though he never set up a tour of U.S. naval facilities there. 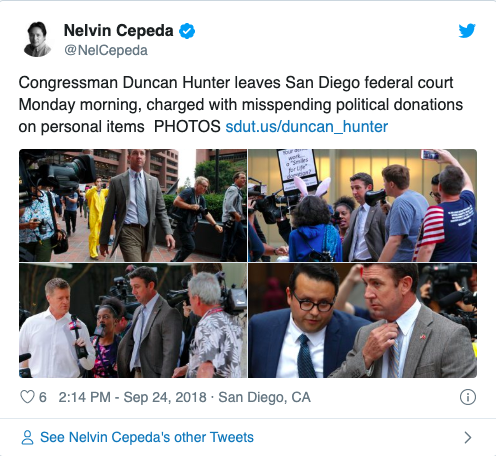 In an interview with San Diego’s ABC 10 in August, Hunter called the charges a political attack by federal agencies that are still working on behalf of Democratic Party interests.

“I’m not worried. I’m looking forward to it,” he told the news station. “They can try to have a political agenda as our law enforcement, as a U.S. government … Let them expose themselves for what they are: a politically motivated group of folks. So let’s go to trial.”

Despite the controversy, the Cook Political Report still lists Hunter’s congressional district as “leans Republican” and gives him an election advantage over his Democratic opponent, Ammar Campa-Najjar, a former official within President Barack Obama’s administration.

The congressional seat has been held by Hunter and his father, a 14-term congressman who served as chairman of the House Armed Services Committee, since 1981.