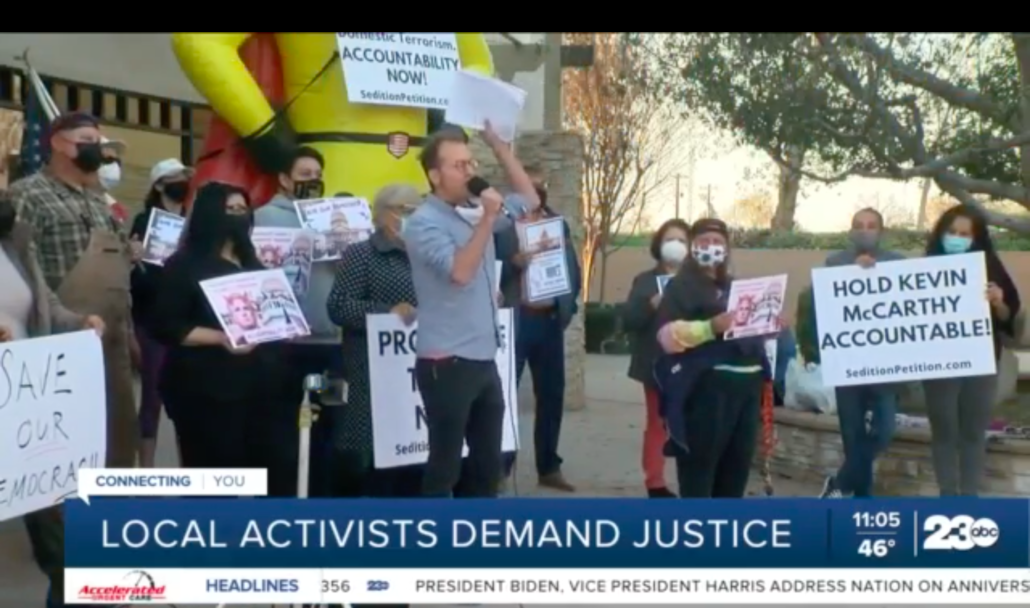 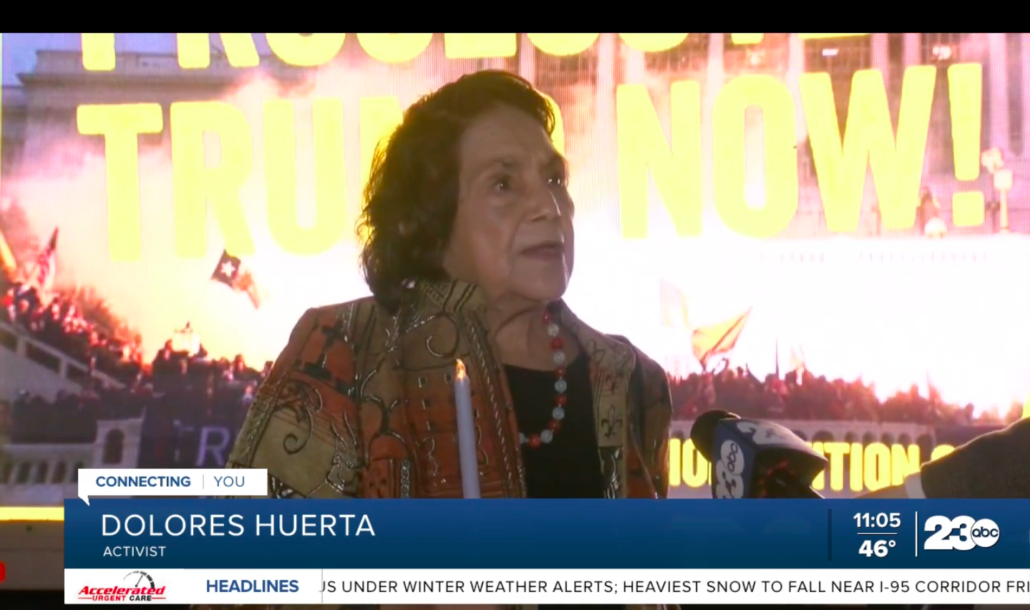 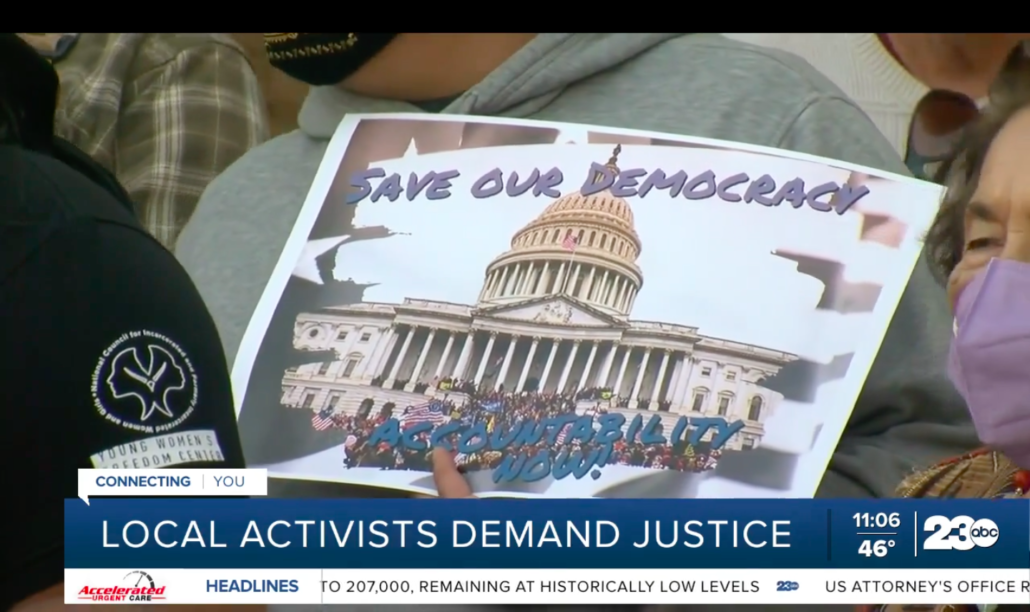 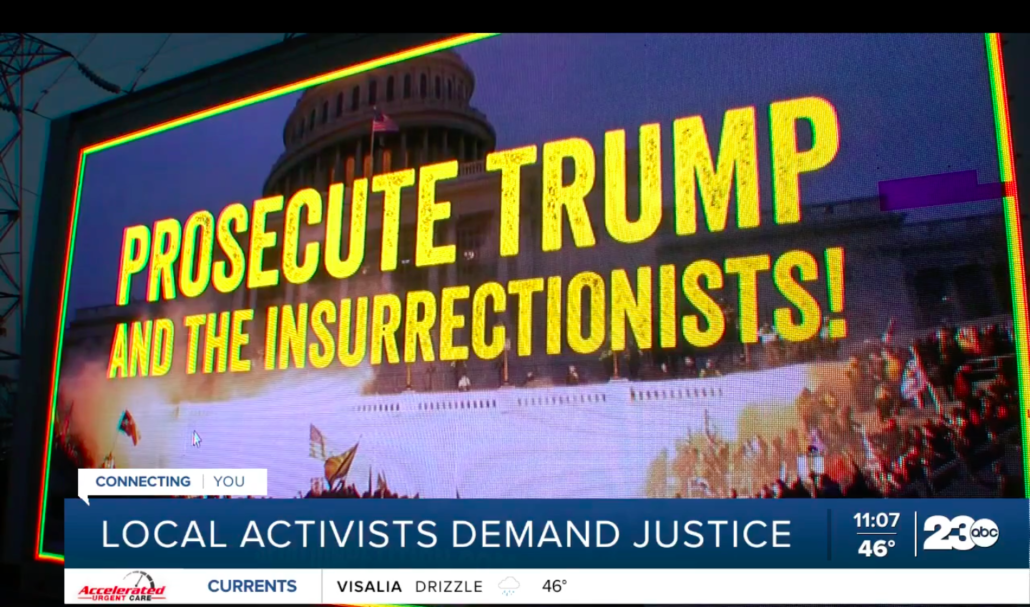 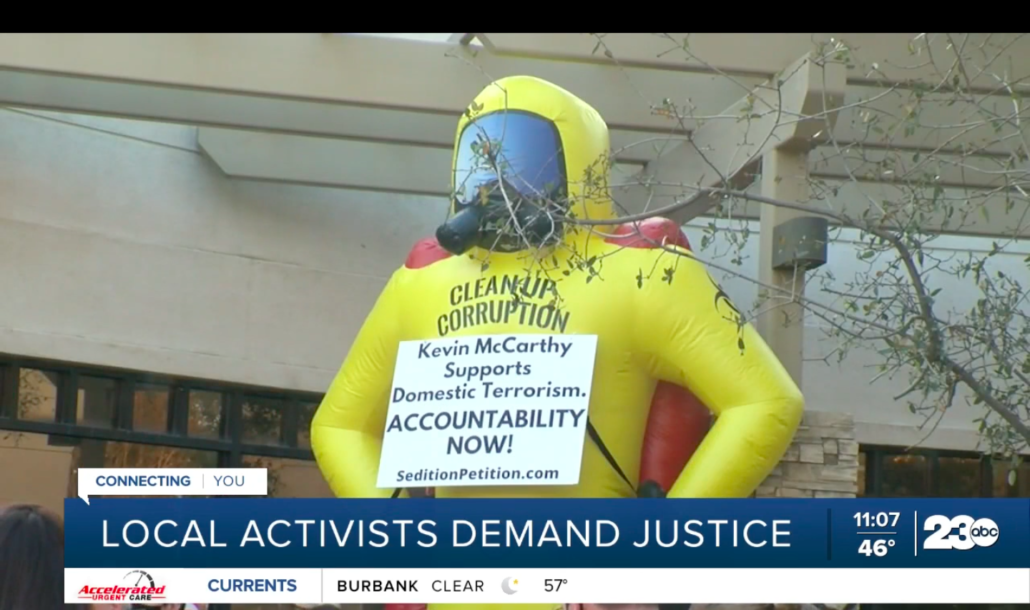 BAKERSFIELD, Calif. (KERO) — The repercussions of the march on the capitol are something local activists point out are still affecting today. That’s why they’re demanding accountability.

That echoing cry that rang outside of Kevin Mccarthy’s office in Bakersfield during the one-year mark of the January 6 insurrection, where supporters of former president Donald Trump stormed the United States Capitol in an effort to stop a peaceful transition of power.

“We want to make sure that this never happens again. Which means that the people that planned it the people that participated, that made the January 6th insurrection happen, they need to be held accountable. And especially, we are calling on Kevin Mccarthy who happens to be my congressman, to do something,” said Dolores Huerta, activist

That call for accountability came from life-long activist, Dolores Huerta and her foundation –she alongside other local activists and even organizations across the nation–wanting to ensure democracy quote “stays alive” and power to vote is unharmed.

“When we stand by a lie and say Joe Biden was not elected the president, when we incite people to commit violence, around that lie, and then people get hurt, and it hurts our democracy–we are the symbol of democracy throughout the world–we have to make sure it’s protected,” said Huerta.

Meanwhile, McCarthy’s office provided us with a statement regarding the insurrection. He wrote:

“As we have said from the start, the actions of that day were lawless and as wrong as wrong can be. Our Capitol should never be compromised and those who broke the law deserve to face legal repercussions and full accountability. Unfortunately, one year later, the majority party seems no closer to answering the central question of how the Capitol was left so unprepared and what must be done.”

While some had picket signs this truck from Hazmat American had the message in bright lights–they this sedition petition just days after the January 6 insurrection.

Their petition, according to Tallent, is calling on the department of justice to prosecute Trump for sedition–it’s already garnered tens of thousands of signatures, and will continue in 2022, ahead of the midterm elections.

“Because of Kevin McCarthy’s lies, republicans across the country are trying to suppress the vote, they’re trying to take people’s voices away, and we’re here today to say, that’s wrong, we deserve better,” said Tallent.