Trump spoke at about 8 p.m. at an annual retreat of congressional Republicans, held at the Marriott Waterfront hotel in Harbor East.

He mentioned Baltimore’s “failed and corrupt” leadership, toward the end of his speech.

“We’re going to fight for the future of cities like Baltimore that have been destroyed by decades of failed and corrupt rule,” the president said.

That sentence was the only reference to the city, about a month after Trump’s criticism of U.S. Rep. Elijah Cummings and reference to Baltimore as a rodent-infested mess.

He also tweeted out a photo of Pratt Street at the Harbor, saying “Hello Baltimore!” as he arrived in the city.

Most of Trump’s speech cited what he considers many of his achievements, such as measures to help veterans, improve medical care and the environment and confronting gangs. He also took jabs at many of his political opponents.

Republicans at the event generously cheered Trump’s comments, and chanted “Four more years” as he came out.

He did not take questions from reporters. 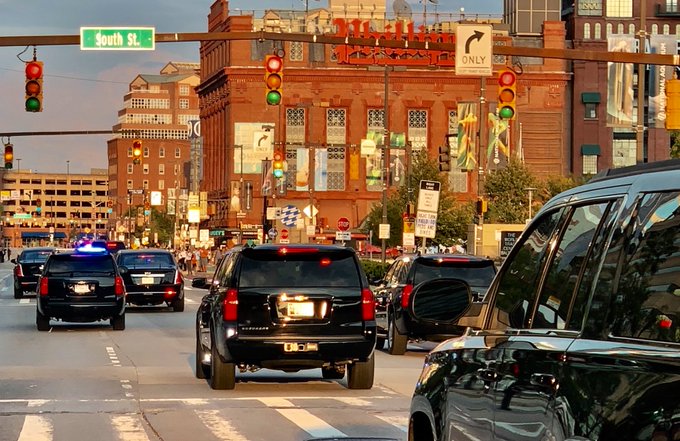 President Trump says, “We’re gonna build that wall, it’s being built. We will have 500miles of wall built by the end of next year.. built despite the most destructive group of people I’ve ever seen.” @FOXBaltimore #baltimore 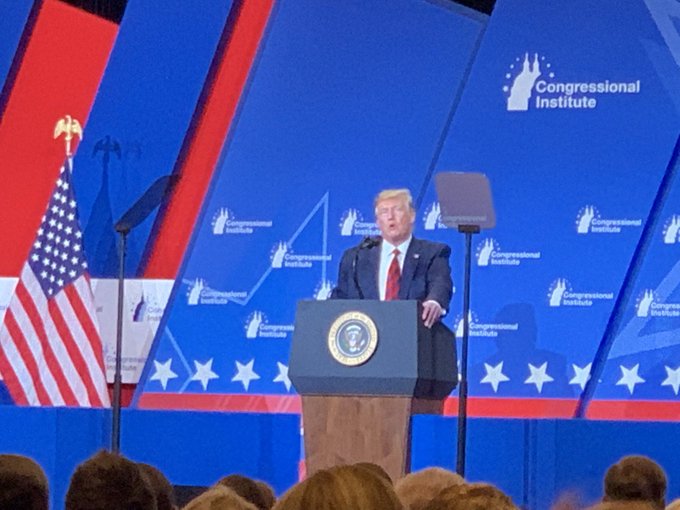 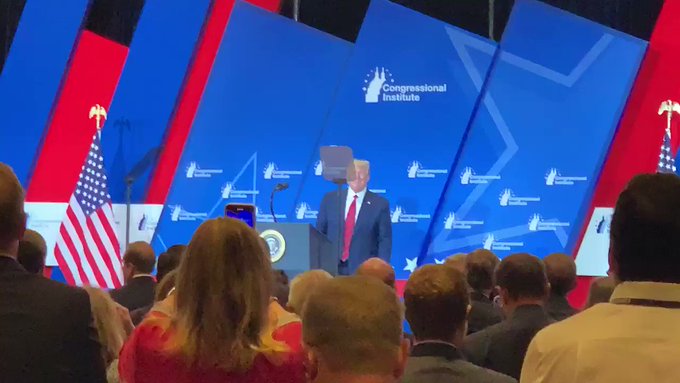 #MarineOne leaving Baltimore. Where the President’s only remark on the City was calling it “failed and corrupt.” He did not allow reporters to ask questions. @FOXBaltimore 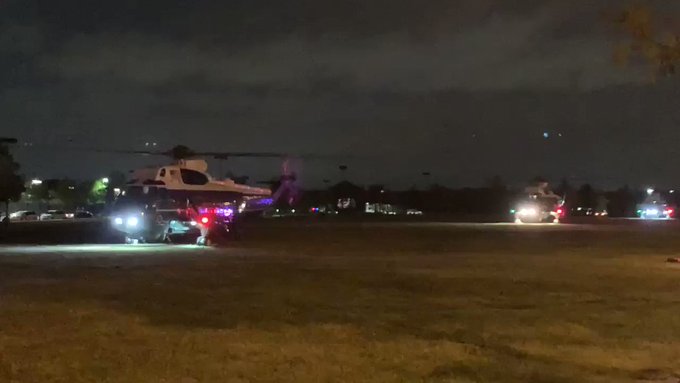 The President has arrived to Baltimore. @FOXBaltimore 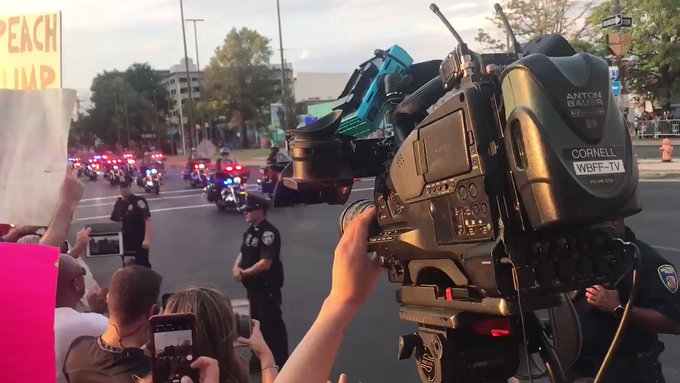 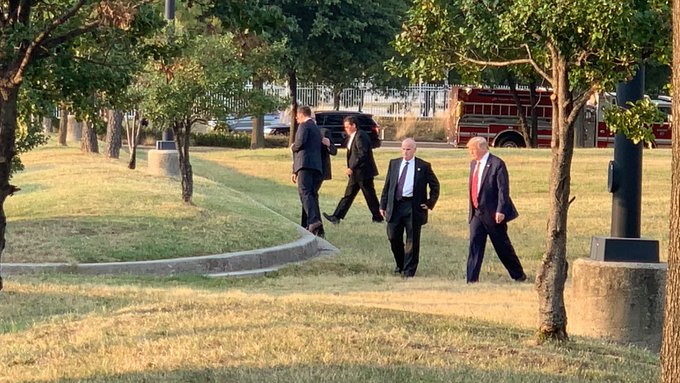 With less than 3 hours on the ground President Trump is now back on Marine One leaving Baltimore. @FOXBaltimore 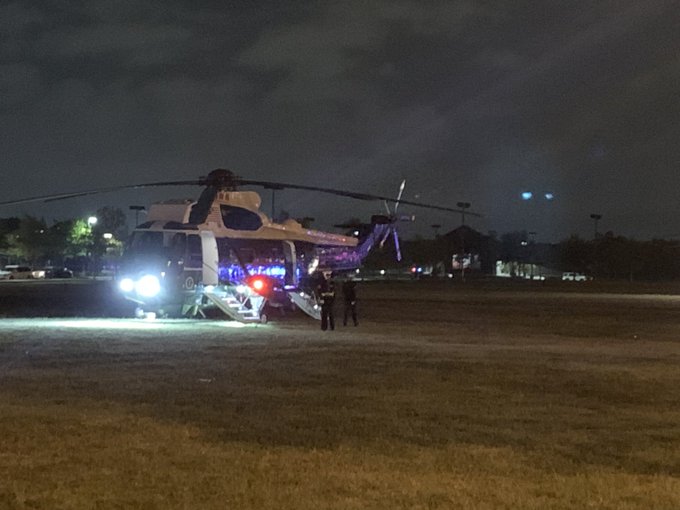 Protesters here in Harbor East ahead of President Trump’s visit. Someone placed this large blow up rat at President and Eastern. @FOXBaltimore 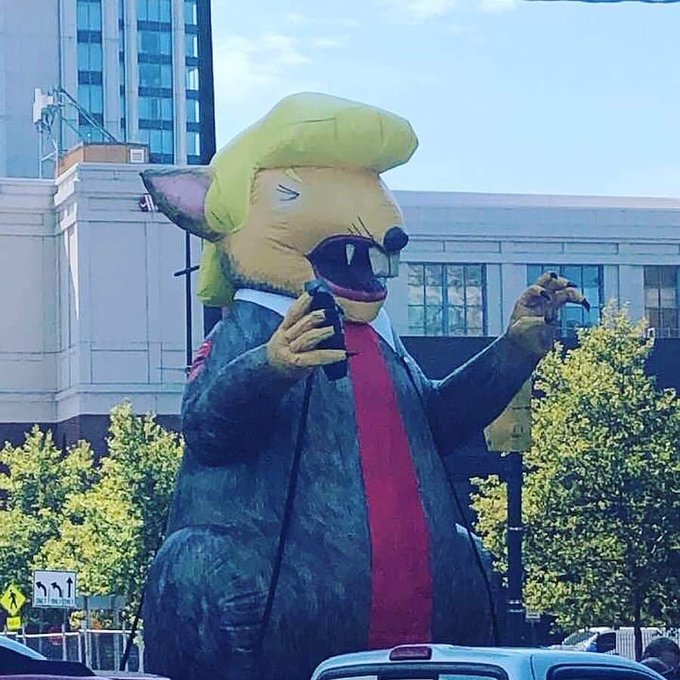 Massive security presence outside the @Marriott Waterfront as the House Republican retreat begins in Downtown Baltimore.
President Trump will speak at dinner. @FOXBaltimore 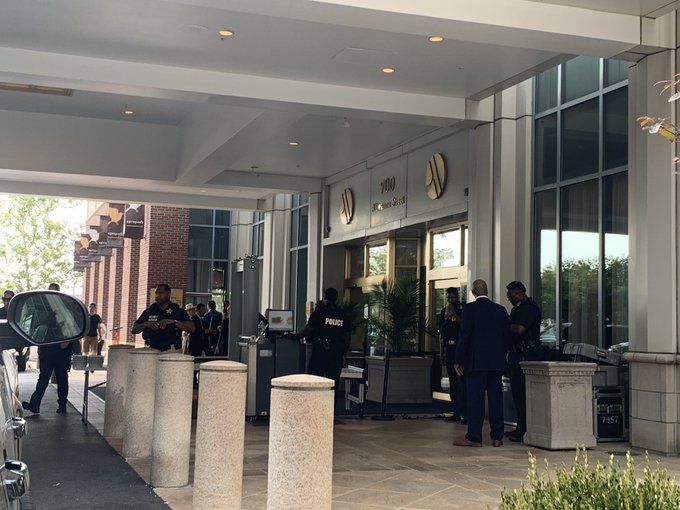 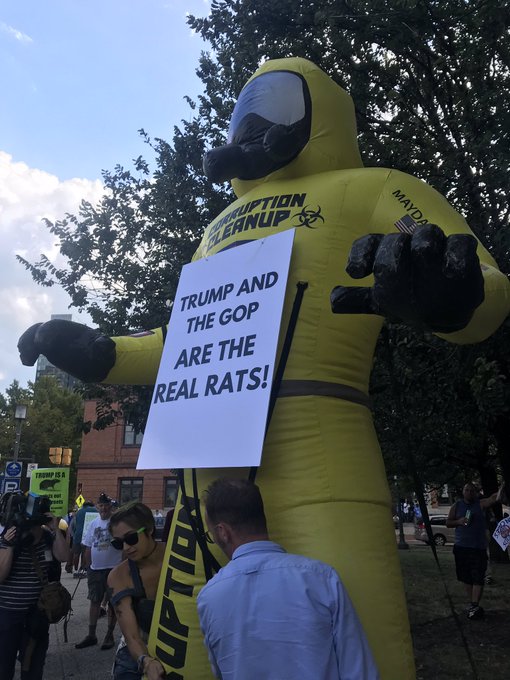 The event caused some gridlock downtown, as city officials warned drivers to avoid much of the downtown area throughout Thursday.

At least one confrontation between a supporter and protester was seen in the Harbor East area.

This is a developing story. Stay with FOX45 for updates. 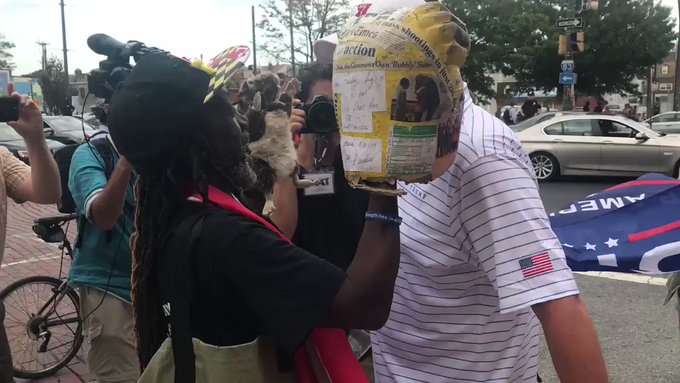