‘Tax the Rich’ rally travels through Louisville on cross-country tour 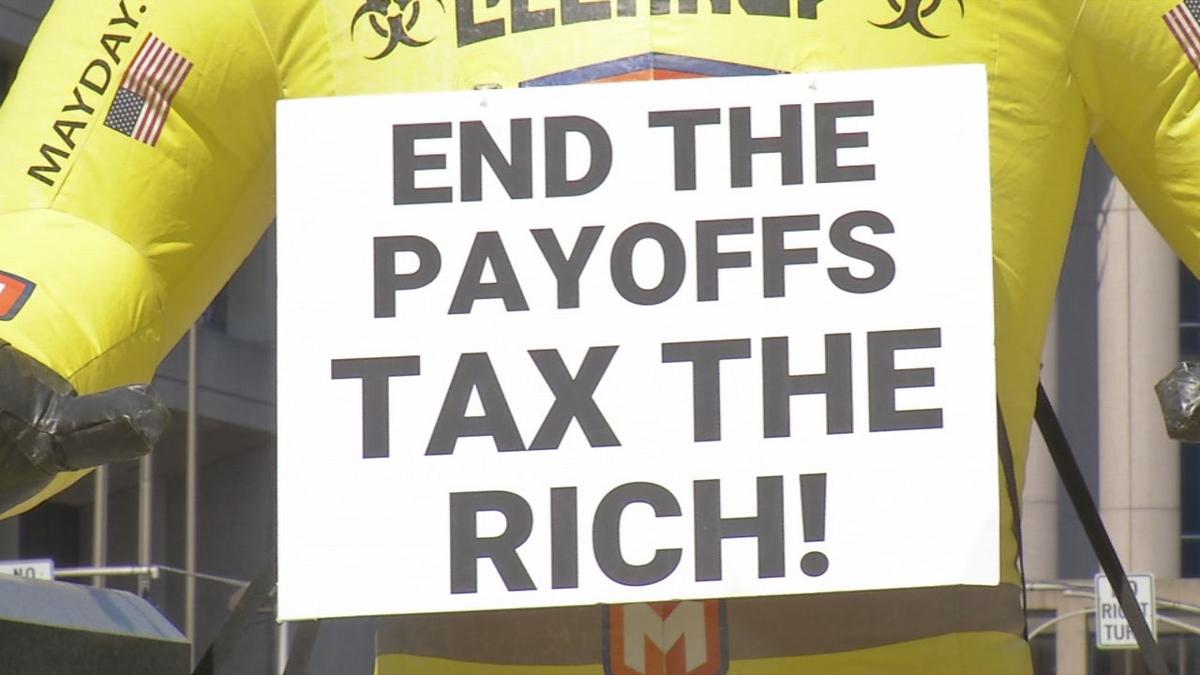 LOUISVILLE, Ky. (WDRB) — A traveling tax reform rally on a cross-country tour made an appearance in downtown Louisville.

The Tax March bus stopped outside of Metro Hall on Saturday morning as part of the “Tax The Rich National Bus Tour,” which is advocating for the repealing of the Tax Cuts and Jobs Act of 2017. Passed in December 2017, the $1.5 trillion tax bill cut the corporate tax rate from 35 percent to 21 percent.

The “Tax the Rich National Bus Tour” is traveling to more than 20 states and will conclude July 30 in Detroit.