Billionaires and big corporations are spending big to rig our democracy. They’re funding Republican Senators who push Trump’s Big Lie to suppress the vote. Those Senators are putting their toxic donors over their voters, rigging the system to benefit the wealthy and powerful at the expense of everyone else.

So we’re calling them out! And we need your help.

We’re hitting the road on our most critical Toxic Tour yet: To save democracy and pass S1, the For The People Act! With Cleanup Carl, America’s only 12ft tall anti-corruption superhero, and fired up activists across the country, we’re sending a message that can’t be ignored:    SAVE DEMOCRACY: PASS S1! 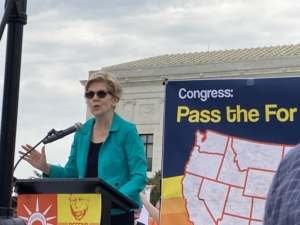 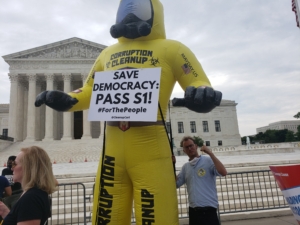 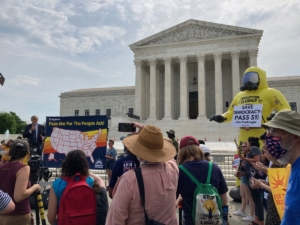 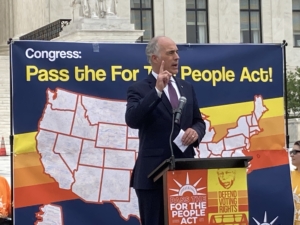 Calling out ALL Senators standing in the way of S1, the For the People Act 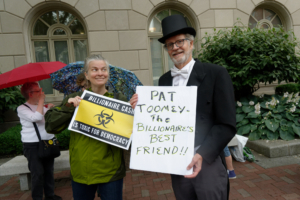 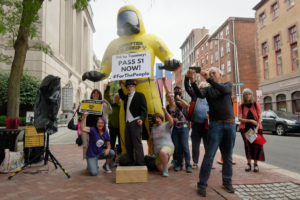 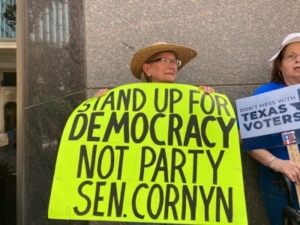 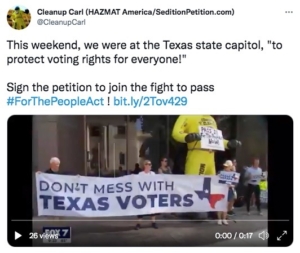 And more to come!

In 2018 we went on a national ‘Clean the House’ tour to defeat the Republicans in Congress who voted for the GOP Tax Scam. Then we joined with legendary punk rock guitarist Samoa Moriki to “Thrash the Cash” and defeat four New York State Senators and two State Senate candidates for selling out their voters to their big Wall Street donors. And just last year, we rallied across the country to defeat Republicans in Congress and end Mitch McConnell’s majority in the Senate.

Now, we’re hitting the road again, in local events on our national Toxic Tour! And this time, the stakes are even higher. S1, the For The People Act is a critical, once-in-a-generation democracy reform bill that would stop voter suppression, end gerrymandering, and finally take on the influence of big money in politics. Passed as HR1 in the House, it’s crucial that we pass these reforms in the Senate, and send the bill to President Joe Biden’s desk!

We will call on all Senators to pass S1, and save democracy! Senators MUST put their voters over their big donors. If they don’t, we will call them out for selling out our democracy. And Democrats must do whatever it takes to pass S1, including ending the racist Jim Crow filibuster.

We MUST pass S1. Will you join us?

Nothing less than our democracy is at stake.